House Speaker Paul Ryan’s proposed blueprint for health reform would make major changes in medical care for seniors, raising out-of-pocket costs for some and shifting others from traditional Medicare coverage to commercial insurance.

His plan, called A Better Way, would slowly raise the age of eligibility for Medicare and cap federal spending for the program, increasing subsidies for low-income seniors but raising out-of-pocket costs for higher-income retirees. It would make Medicare Advantage managed care plans more attractive. And, in a significant omission, it barely acknowledges the importance of long-term supports and services for older adults and younger people with disabilities and suggests few ways to improve such care.

Ryan’s health plan is one piece of a multi-part package of policy reforms that he hopes House Republicans can campaign on in November. Some proposals dovetail with the party’s presumptive presidential nominee Donald Trump, while others may conflict with his ideas.

Medicare eligibility age: Ryan would gradually increase the eligibility age for Medicare from 65 to nearly 67 starting in 2020. That would require those 65 to 67 to purchase commercial insurance. Like other consumers, they’d receive new tax credits to help subsidize the cost, though the blueprint does not specify the size of those credits. In addition, the proposal would allow insurers to charge relatively higher premiums to older consumers than they can under the Affordable Care Act.

Medicare Premium Support: As he has proposed many times in the past, Ryan is backing a plan that would effectively provide a fixed dollar subsidy that seniors would use to purchase Medicare insurance. That’s in contrast to today’s model, where Medicare pays a percentage of the cost, whatever it is. Such a plan would effectively shift the risk of health care cost increases from taxpayer to seniors. The idea has some bipartisan support, but the details matter. The biggest: How would the subsidy be calculated and by how much would it increase each year. The blueprint released today was largely silent on those issues.

Medicare Advantage: These privately-run managed care plans initially received generous subsidies that have been scaled back by the Obama Administration. Still, about one-third of new Medicare enrollees are choosing MA plans rather than traditional fee-for-service coverage. Ryan would increase those subsidies and allow MA plans to create their own packages of services and benefits instead of offering identical coverages.

Medigap: Tapping another idea with some bipartisan support, Ryan would limit the ability of Medicare Supplement (Medigap) plans to offer first-dollar insurance coverage. The idea: If consumers must pay some costs out-of-pocket, they’ll be more careful buyers of care.

LTSS: Perhaps the most disappointing piece of the Ryan plan is what it did not discuss. While the report acknowledges the high cost of Medicaid’s long-term care benefits, it says little about what it would do about it. In general, the plan would cap the federal contribution to the joint state/federal program, and give states more flexibility in how they’d design Medicaid benefits. But the report says little about how those changes would apply to seniors or young people with disabilities, and a cap could put some Medicaid LTSS programs at risk. The blueprint says nothing about new mechanisms to finance long-term care outside of Medicaid.

Ryan’s proposal is mostly a collection of old GOP ideas that have gone nowhere. Whether is gives Republican candidates a talking point beyond “repeal Obamacare” remains to be seen. But it is little more than a starting point for negotiations should lawmakers want to talk about ways to improve the Affordable Care Act in 2017. 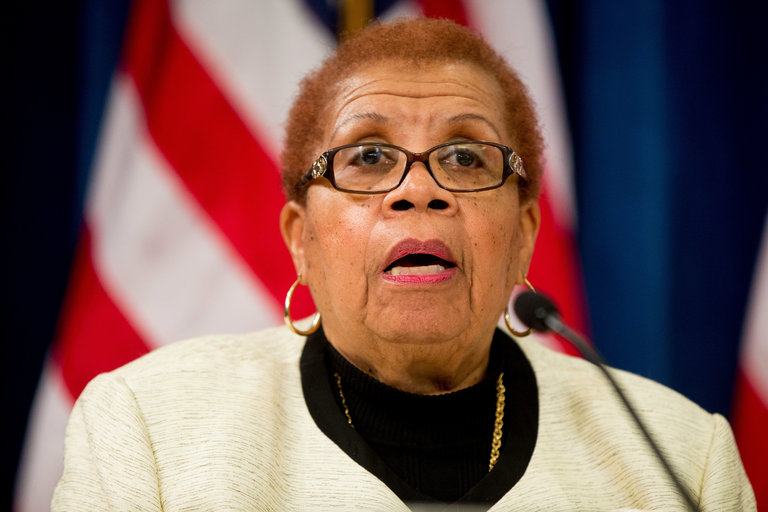 The report, from the trustees of the two programs, could inject a note of fiscal reality into a presidential campaign that has given scant attention to the government’s fiscal challenges as the population ages. Hillary Clinton, the presumptive Democratic presidential nominee, has proposed increasing Social Security benefits and allowing people age 55 to 64 to “buy into” Medicare, while Donald J. Trump, the presumptive Republican nominee, has repeatedly said he would not cut either program.

In addition, they said, the Social Security trust funds for old-age benefits and disability insurance, taken together, could be depleted in 2034, the same year projected in last year’s report. Tax collections would then be sufficient to pay about three-fourths of promised benefits through 2090, they said.

Social Security and Medicare account for about 40 percent of all federal spending.

Obama administration officials often say the Affordable Care Act has slowed the growth of health spending, compared with estimates made just before the law was adopted in 2010.

But the trustees said Wednesday that the short-term financial outlook for Medicare had worsened in the last year because of changes in their assumptions and expectations. Medicare actuaries now expect higher use of inpatient hospital services, as well as lower projected improvements in workers’ productivity and lower payroll tax revenue, as a result of slower growth in wages in the next few years.

In their report, the trustees — four administration officials — said that the costs of Medicare and Social Security would grow faster than the economy through the mid-2030s because of the aging of the baby boom generation. As for Medicare, they said, “growth in expenditures per beneficiary exceeds growth in per capita gross domestic product over this time period.”

The projected growth in Medicare spending will not immediately set off automatic cuts in the program under a controversial provision of the Affordable Care Act that generally requires such cuts when spending is expected to exceed certain benchmarks. However, such cuts could be required in a few years under the trustees’ forecast. 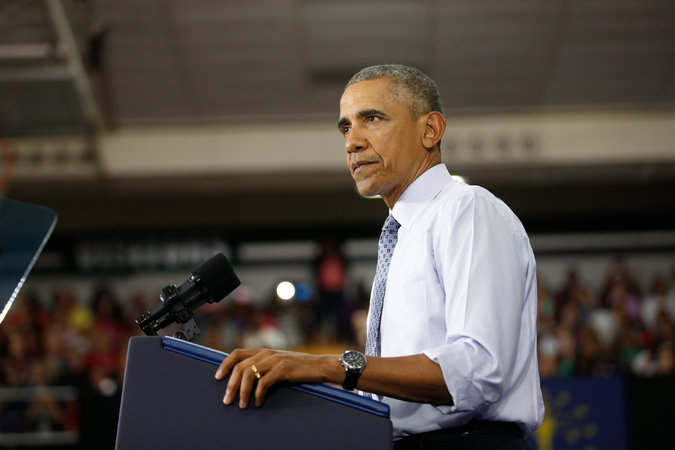 President Obama told an audience in Elkhart, Ind., this month that Social Security should paid for “by asking the wealthiest Americans to contribute a little bit more.” Credit Zach Gibson/The New York Times

Under current projections, they said, the automatic cuts could take effect for the first time in 2019.

Medicare now spends an average of nearly $13,000 per beneficiary, and this figure is expected to exceed $16,000 in five years, the report said.

“High-cost drugs are a major driver of Medicare spending growth,” said Andrew M. Slavitt, the acting administrator of the federal Centers for Medicare and Medicaid Services.

Such projections in years past have prompted leaders in both parties to at least broach the idea of benefit cuts or tax increases for entitlement programs.

By contrast, President Obama said in Elkhart, Ind., this month that Social Security should be made “more generous,” and that “we could start paying for it by asking the wealthiest Americans to contribute a little bit more.”

Treasury Secretary Jacob J. Lew said Wednesday that he saw no contradiction there. The two objectives — ensuring the solvency of Social Security and increasing benefits — are “not at all inconsistent” if they are discussed in the context of “a broader conversation” about taxes and benefits, he said.

The report predicts that Social Security will provide a modest cost-of-living adjustment, increasing benefits by two-tenths of 1 percent next year. But, it warned of a “substantial increase” in Medicare premiums in 2017 for about 30 percent of beneficiaries. Under assumptions in the report, the standard premium, now $121.80 a month, would rise to $149, and the change could be announced just weeks before Election Day on Nov. 8.

Congress took action last year to shore up Social Security’s disability insurance trust fund, but the report says the legislation was a short-term fix. The law postponed the projected depletion of the disability trust fund by seven years, to 2023, Mr. Lew said.

Like other Democrats, Mr. Lew said the report showed the “positive impact” of the Affordable Care Act. Since the health law was signed, he said, “increases in health care costs have slowed substantially.”

A U.S. district court rules that a nursing home can proceed with its case against the sons of a resident who transferred the resident’s funds to themselves because the fraudulent transfer claim survived the resident’s death. Kindred Nursing Centers East, LLC v. Estate of Barbara Nyce (U.S. Dist. Ct., D. Vt., No. 5:16-cv-73, June 21, 2016).

Roger and Kinsley Nyce were agents under their mother’s power of attorney. The Nyces’ mother, Barbara Nyce, entered a nursing home and signed an admission agreement in which she agreed to pay the nursing home or apply for Medicaid. Ms. Nyce filed for Medicaid, but the application was denied because the Nyces withdrew money from Ms. Nyce’s bank accounts to pay themselves. Ms. Nyce also transferred her property to her sons. Ms. Nyce died owing the nursing home $137,586.92.

After Ms. Nyce died, the nursing home sued her estate as well as the Nyces for fraudulent transfer. The estate cross-claimed against the Nyces, alleging breach of fiduciary duty and conversion. The case was removed to federal court, and the Nyces moved to dismiss the claims. The Nyces argued that the estate couldn’t sue for fraudulent transfer after Ms. Nyce died and that the estate’s cross claim fits into the probate exception to federal jurisdiction.

The United States District Court, District of Vermont, denies the motion to dismiss. The court holds that the fraudulent transfer claim survived Ms. Nyce’s death because state law does not require that there be a pending claim in order for an action to survive. The court further holds that the probate exception cannot be used to dismiss widely recognized torts, such as breach of fiduciary duty.