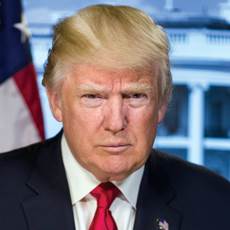 Congressional leaders say the Trump administration is preparing to propose up to $25 billion in federal  spending cuts, which will hit Medicaid and other safety net programs.

The so-far unreleased White House plan would call on Congress to rescind funding already enacted, and it would be submitted next month, Reuters reported Thursday.

Those cuts would be unrelated to a two-year budget deal enacted in February as the federal government approached its third shutdown of the fiscal year.

But they align with Trump’s previous budget proposals, which both called for reducing mandatory program spending — including slashing $800 billion from Medicaid over 10 years.

Cole and other senior House Republicans warned the White House against rescinding money from Democrat-backed programs while largely sparing Republican priorities such as defense.

Cuts could be politically damning as midterm elections near, some observers believe.

On Thursday, the head of the Democratic Congressional Campaign Committee told Bloomberg Law that Democrats plan to make healthcare a central theme during this fall’s races.

Those comments focused on efforts to attack Republicans for their efforts to repeal Obamacare. But Republicans have noted in the past few months that 2018 would not be the time to tackle entitlement reform, possibly because of the popularity of Medicare and Medicaid benefits among many voters.

Senate Majority Leader Mitch McConnell (R-KY) has has said he is opposed to reopening the fiscal 2018 budget.